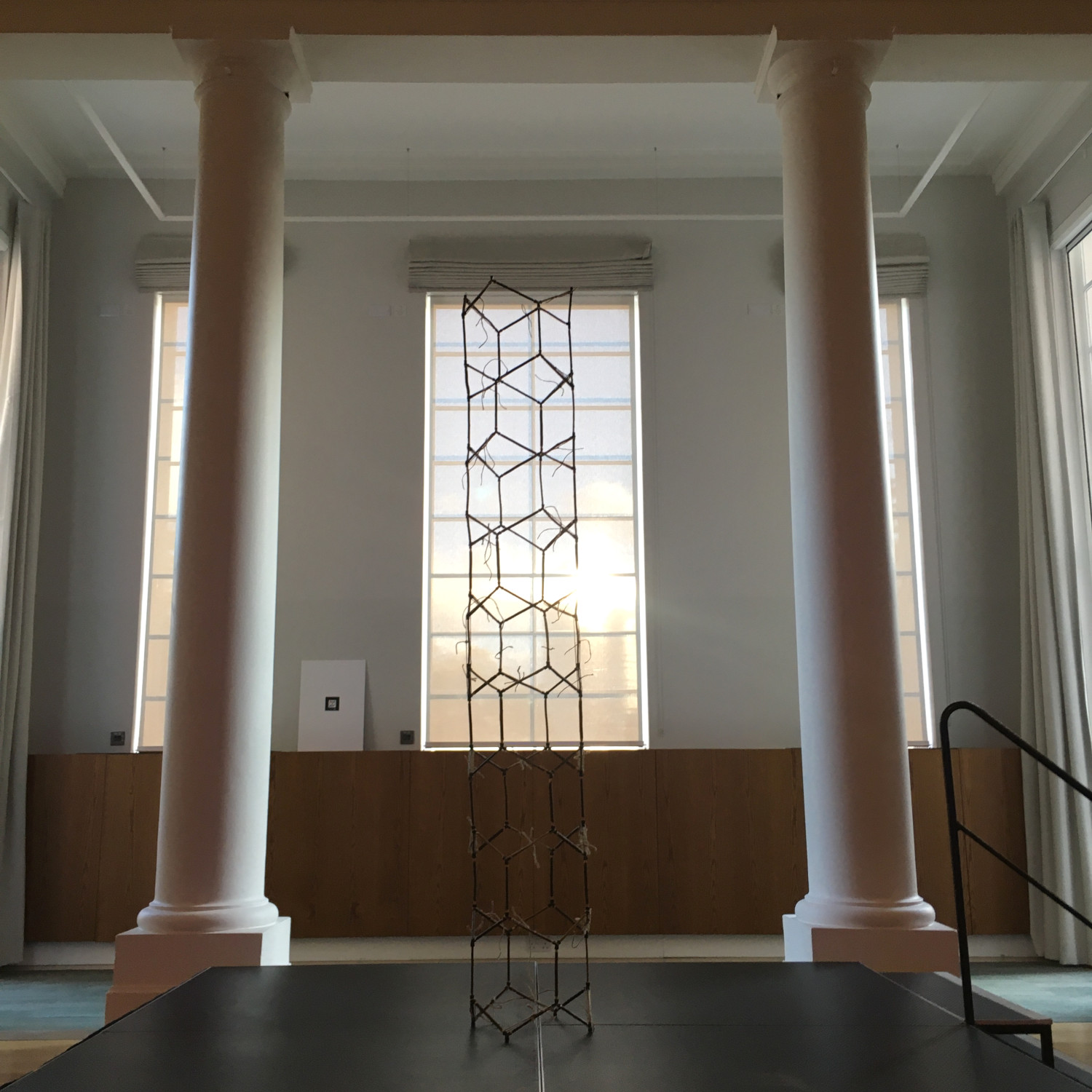 Verts (working title) is an imagined more-than-human, software-calculated, becoming-together of willow, edible perennial plants, mycelium, and wildlife, forming autonomous and bio-intelligent superorganisms that provide a continuous supply of plant-based food. The verts are made entirely from organic materials that can be grown on the vert, giving them the property to self-replicate.


Verts is a project of inter-related works, consisting of biotechnology, software and 3D files, and active, more-than-human assemblages. Furthermore, renders and game-engine simulations will be used to concurrently construct and visualise the full ontological imaginary of what this biotechnical paradigm could be.


“Despair is the state we fall into when our imagination fails. When we have no stories that describe the present and the guide the future, hope evaporates. Without a new story, a story that is positive and propositional rather than reactive and oppositional, nothing changes. With such a story, everything changes.”

- George Monbiot, Out of the Wreckage: A new politics for an age of crisis, 2017. 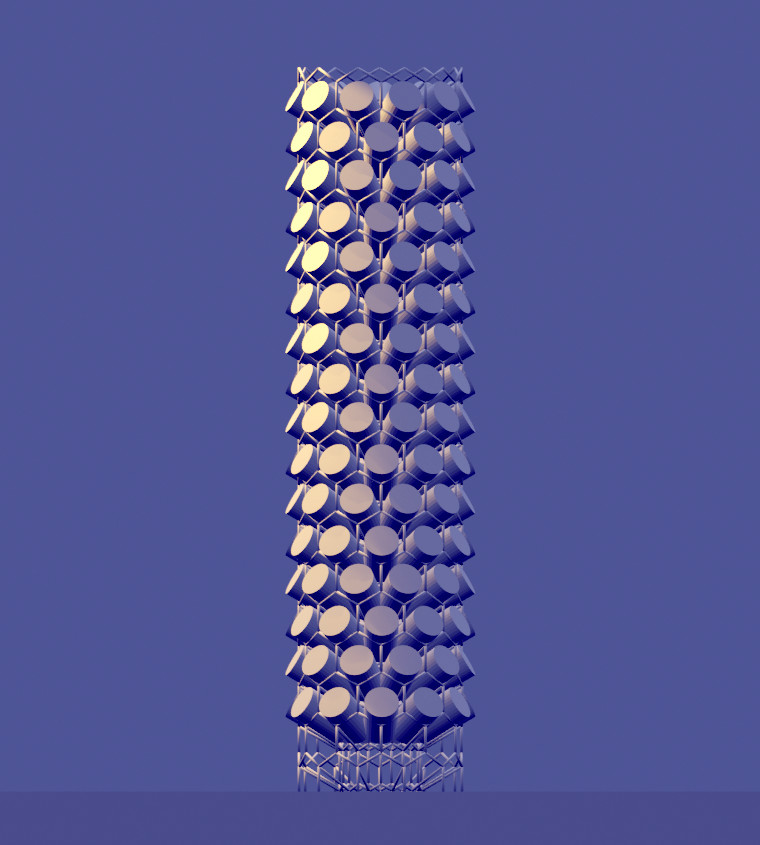 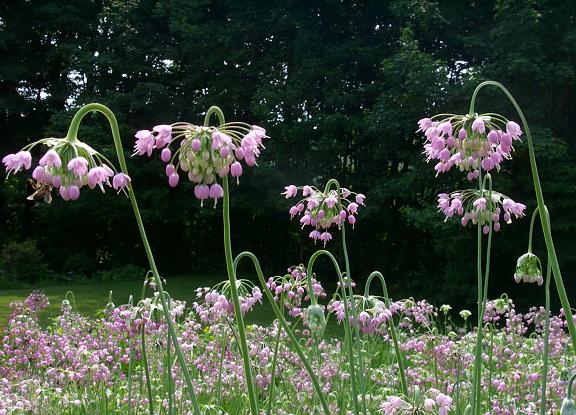 Edible perennials such as allium cernuum (nodding onion) will replace the conventional crops of industrial farming, to provide regenerative crops that can be harvested perpetually.

So how does this differ from other types of vertical farming? Most vertical farms treat farming as an industrial-chemical process in which plants-as-machines simply take an input of nutrients, light and water, and output growth. The sources of nutrients, water, light are treated as externalities, as well as the waste produced, and the synthetic materials needed to construct them. Most vertical farms are made from plastic tubing and metal frames. As such, vertical farming becomes entirely removed from biological processes including insect pollinators, soil, birds, rainwater, and often even sunlight. Verts on the other hand, applies the principles of regenerative design and agroecology to vertical farming, allowing an assemblage of organisms to become interdependent and beneficial to the verts. As Donna Haraway would put it, these organisms 'become-with' the vert. Bees would pollinate crops, wasps would remove aphids, and so on. Further to this, the production of verts becomes self-sufficient, using materials that can be grown on the verts themselves. This follows the principle of regenerative design, in which ecological interdependence ensures that natural sources are regrown and restored as part of the production process. To further this idea, verts would use plants selected for perpetual harvesting. Current farming practices tend to use annuals and replant from mass-produced seed annualy. Verts would use long-lasting perennials, to establish long-term plant communities, deep roots, and symbiosis with beneficial funghi and other organisms. Human diets are imagined not only to become plant-based, but based on plants most of us have never eaten before such as skirret (sium sisarum), Caucasian Spinach (Hablitzia Tamniodes), and Babington's leak (allium ampeloprasum). 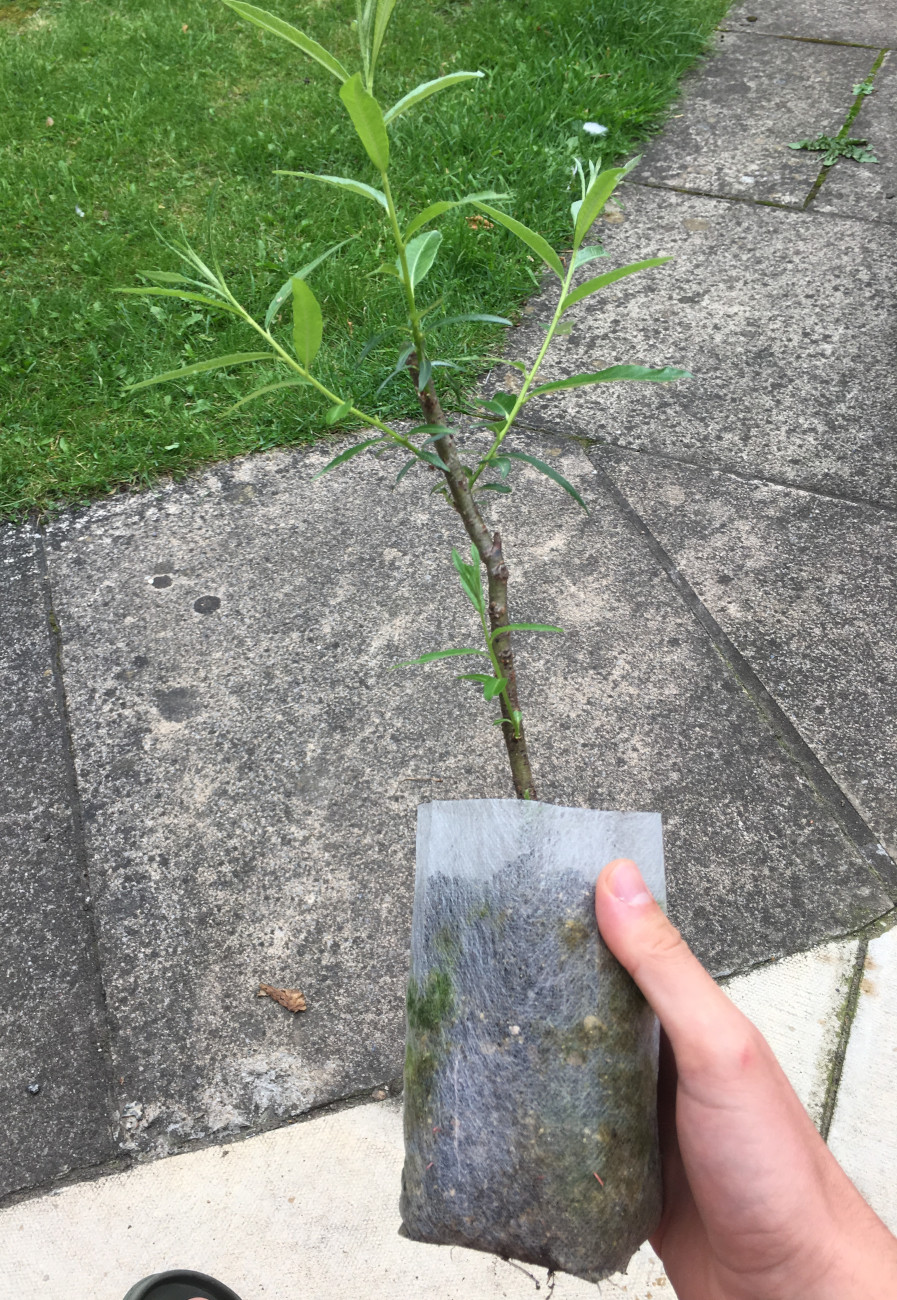 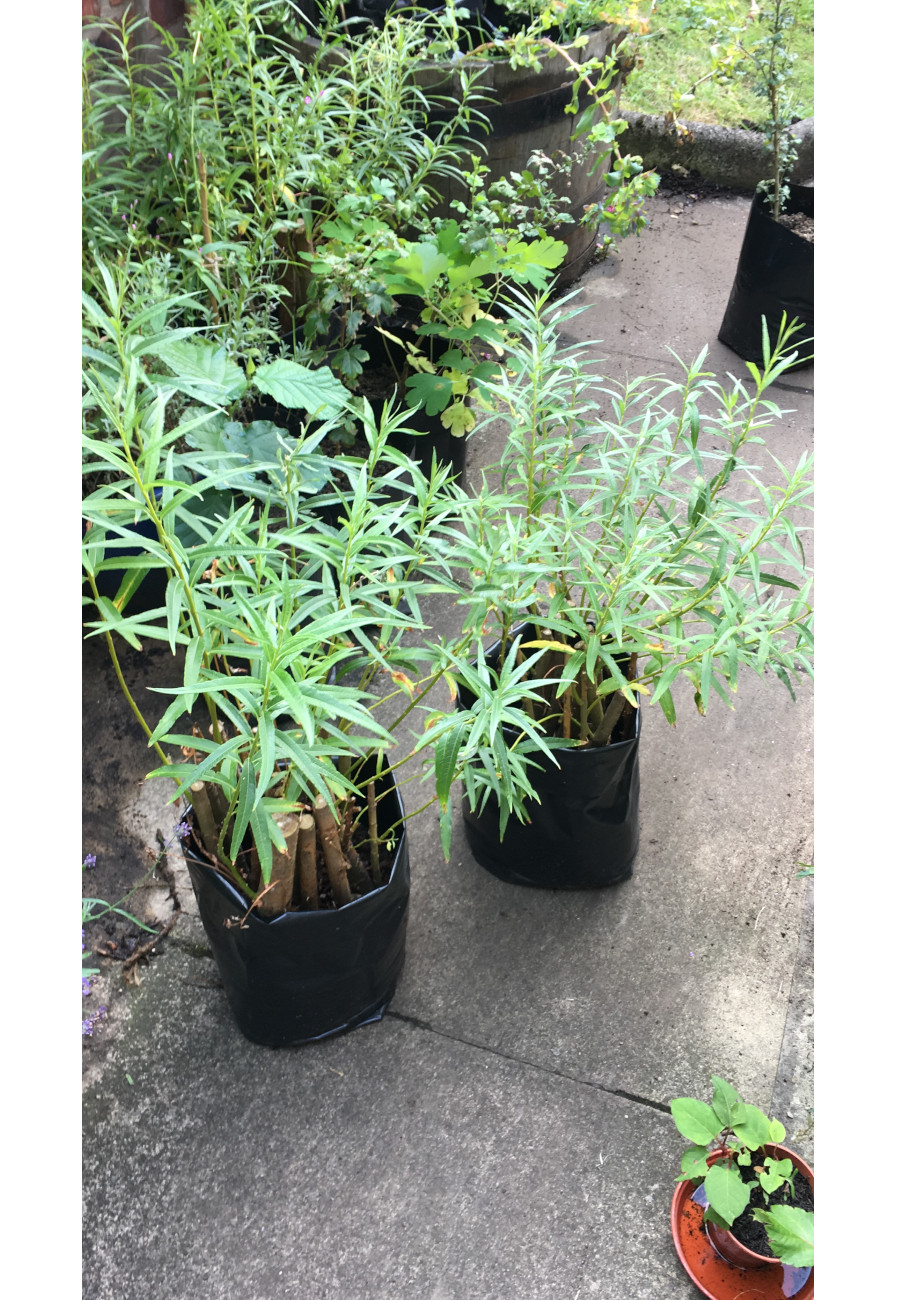 Salix Viminalis (osier willow) are being grown from cuttings to eventually produce a supply of willow rods for vertical-commons. Communities will be able to share this resource by taking cuttings of their plants to pass on to others.

The willow-based structures act as carbon sinks since willow is a fast-growing native tree that produces 6ft rods per year, rapidly transforming CO2 into biomass. In the UK, willow is the second most beneficial tree to other species, second to oak, providing food and habitat for moths and birds such as the willow tit. The assembly of the willow rods is based on the formation of carbon nanotubes –arrangements of carbon atoms with incredible physical properties. These structures become vertical pillars upon which to support edible plant-life, aided by mycelium networks that interconnect the plants, transfering nutrients and chemical signals between them.

The towers also perform a symbolic role – as monoliths that represent the existential threat of carbon imbalances. The designs of these willow structures will be distributed as software and 3D-print files contributed to the digital-commons. The project will manifest as both visual propositions and as living experiments involving more-than-human communities.


Parametric software tool for designing carbon tubes, created in Processing in collaboration with Frederic Van Houte (wblut). These scripts have now been transfered to Blender-Python. 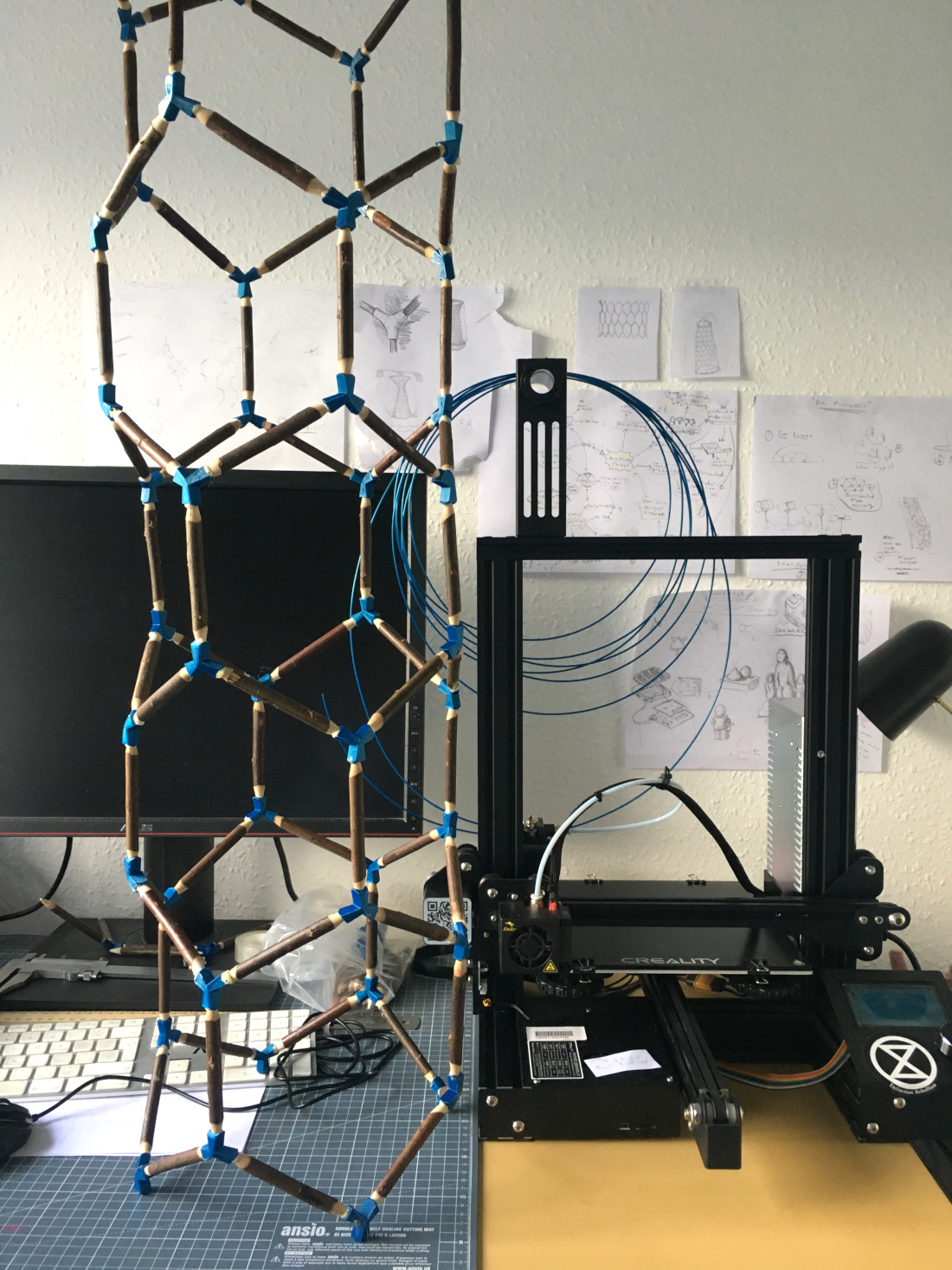 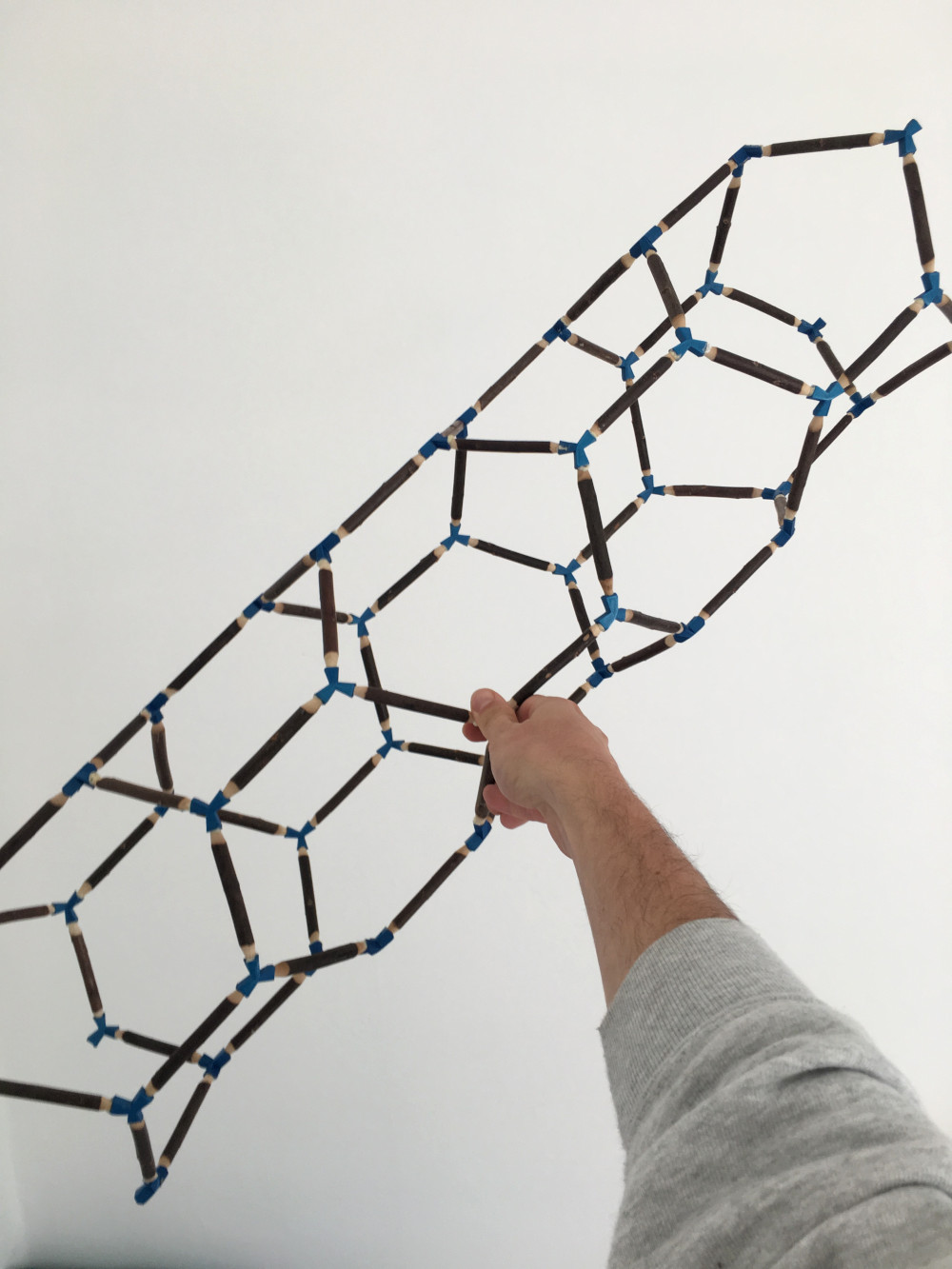 First and rather small proof-of-concept to test the design and assembly. The assembly has been designed to be straightforward and easy to replicate without any complex machinery, apart from a cheap home 3D printer. The willow is cut and shaped by hand with secateurs and pencil sharpeners.

Hopkins, Rob. 2019. From What Is to What If: Unleashing the Power of Imagination to Create the Future We Want. Chelsea Green Publishing.

Manzini, Ezio. 2015. Design, When Everybody Designs: An Introduction to Design for Social Innovation. MIT press.

Monbiot, George. 2013. Feral: Searching for Enchantment on the Frontiers of Rewilding. Penguin UK.

Shiva, Vandana. 2016. Who Really Feeds the World?: The Failures of Agribusiness and the Promise of Agroecology. North Atlantic Books. 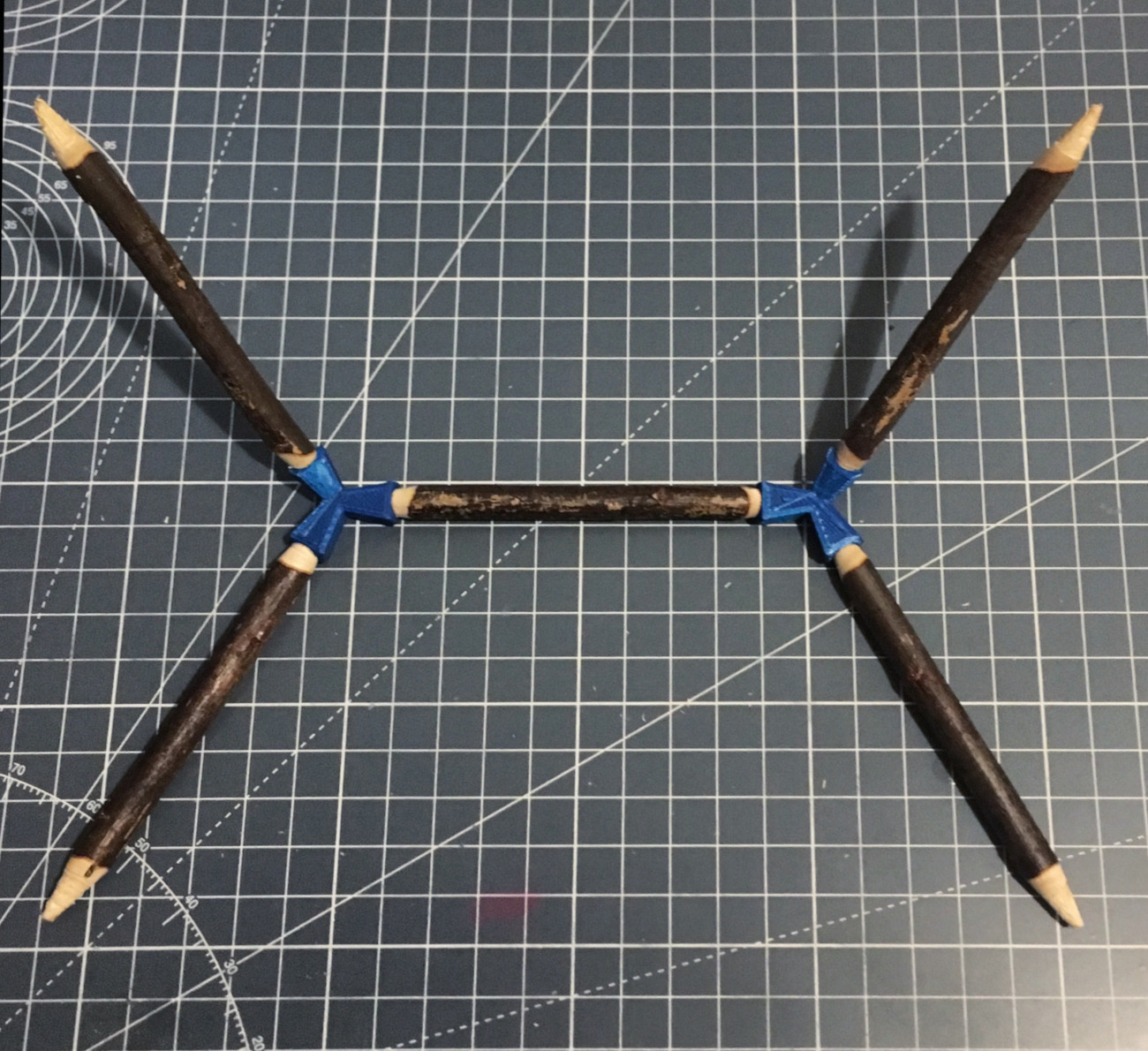 This is the early type of connector, the new ones are internal and invisible.