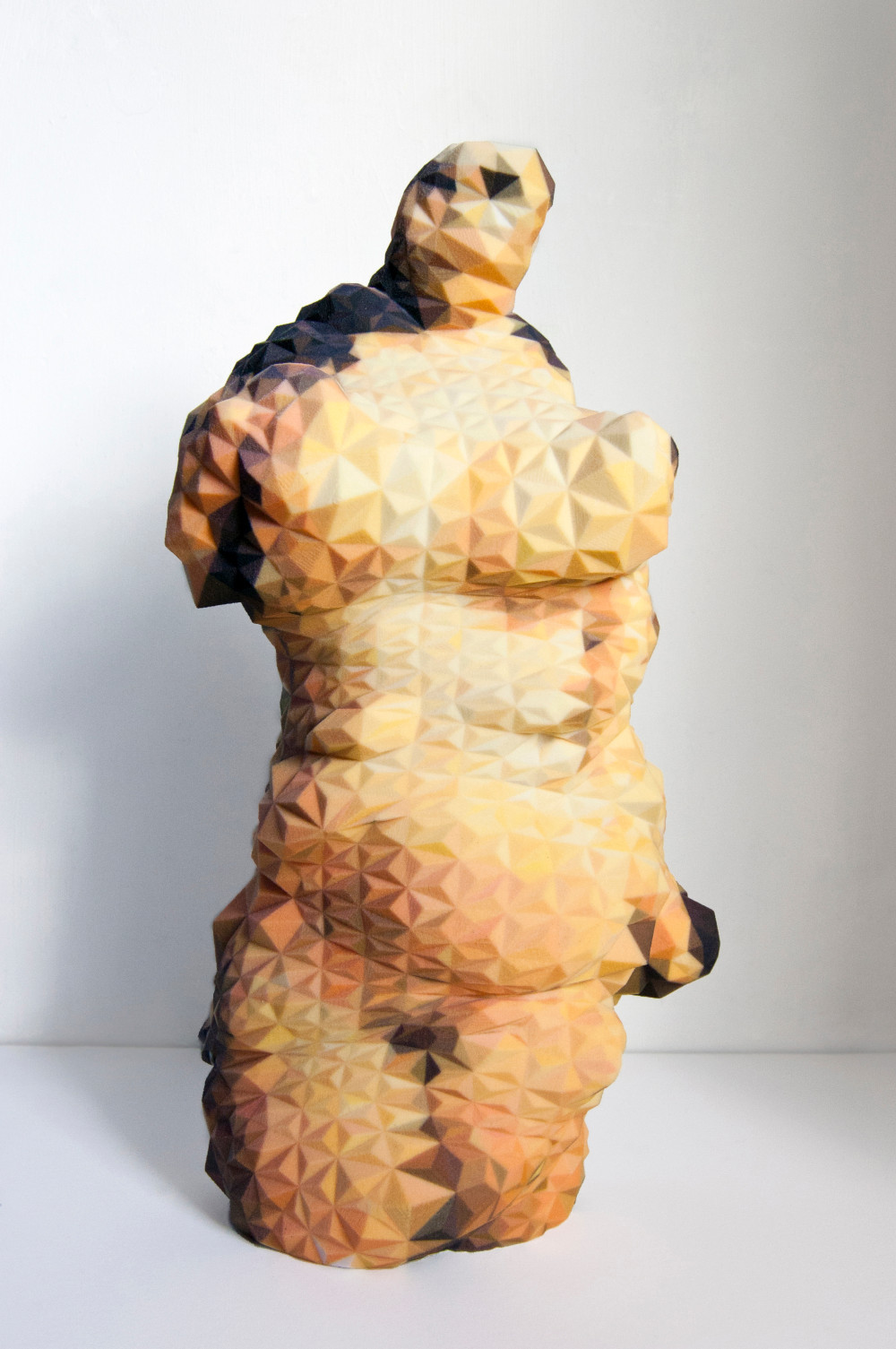 The Venus of Google was ‘found’ via a Google search-by-image, googling a photograph taken of an object I had been handed over in a game of exquisite corpse. The Google search returned visually similar results, one of these being an image of a woman modelling a body-wrap garment. I then used a similar algorithmic image-comparison technique to drive the automated design of a 3D printable object. The 'Hill-Climbing' algorithm starts with a plain box shape and tries thousands of random transformations and comparisons between the shape and the image, eventually mutating towards a form resembling the found image in both shape and colour. 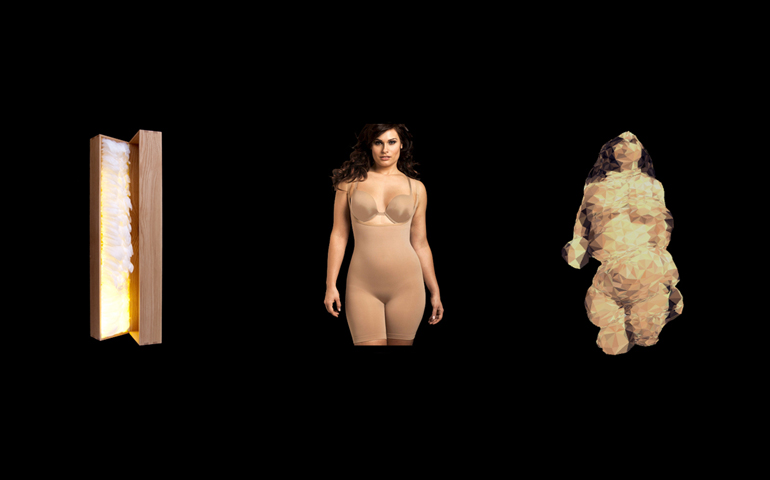