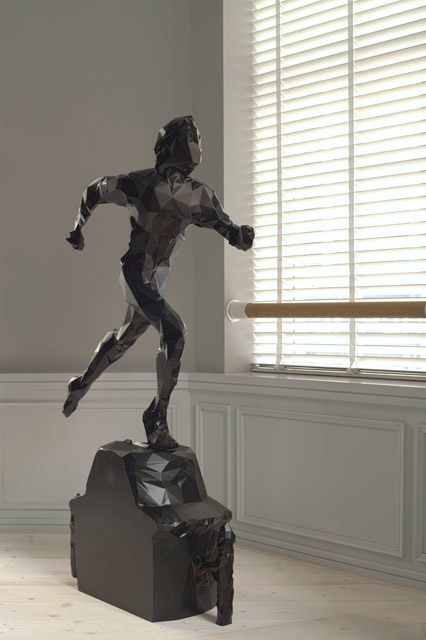 " Transformed back into themselves the cup, teapot and jug have taken on an odd appearance, as if they were future 'finds' of a bygone era. Perhaps chosen intentionally, these common objects make reference to the goods found in graves that populate our archaeological museums. But in this case the chipped edges are not caused by use or decay, but by the loss of data occurring during the process of digitization. The bulging shapes and the dents in the ordered lattices immediately refer to the aesthetic conventions of 3D modeling software, making the path of their genesis very tangible and clear. With such imperfect materiality the resurrected tea set seems to (paradoxically) show the limits of the idea of digitizing as a mere tool for conservation. " - Chiara Ciociola, Neural. 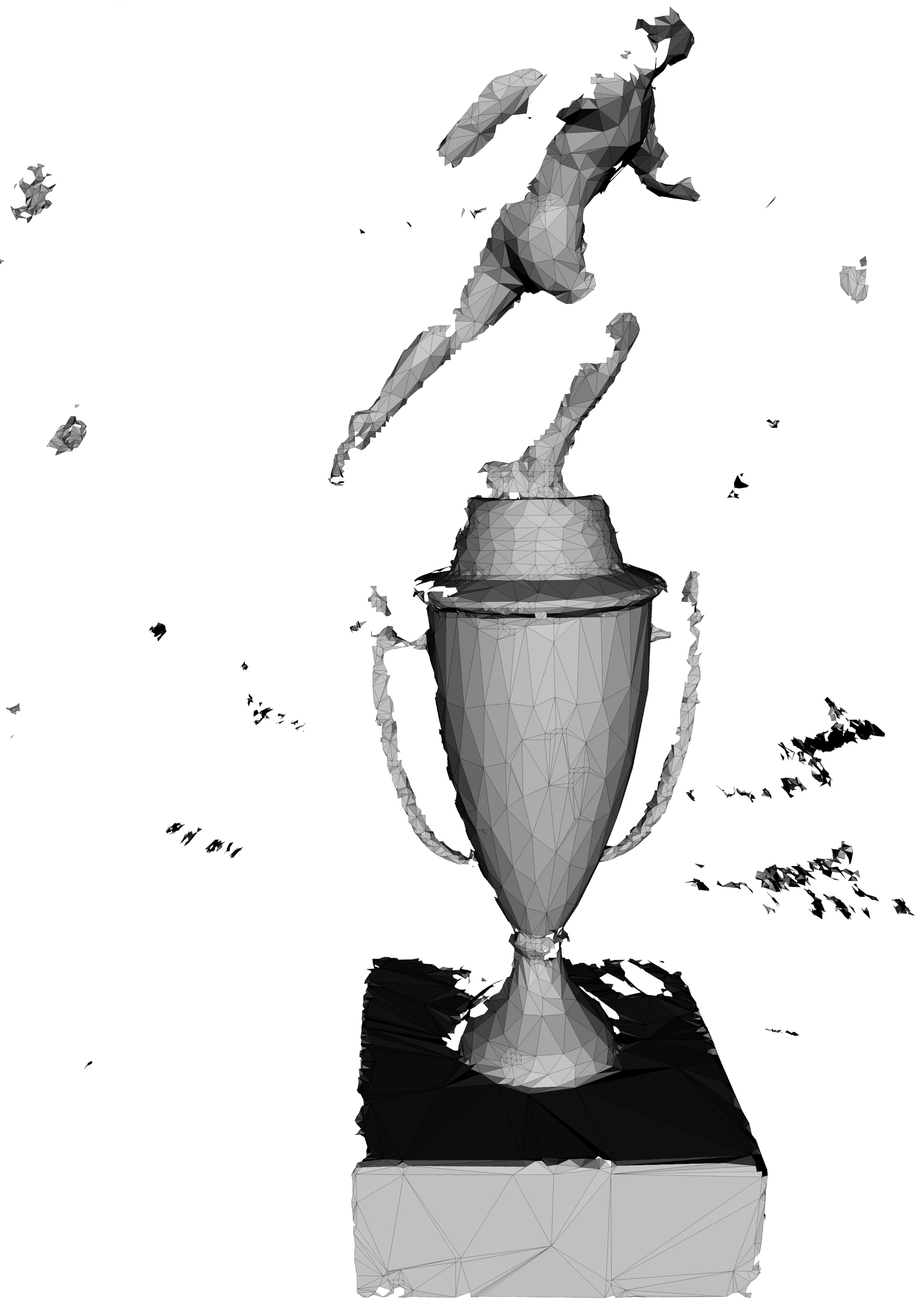 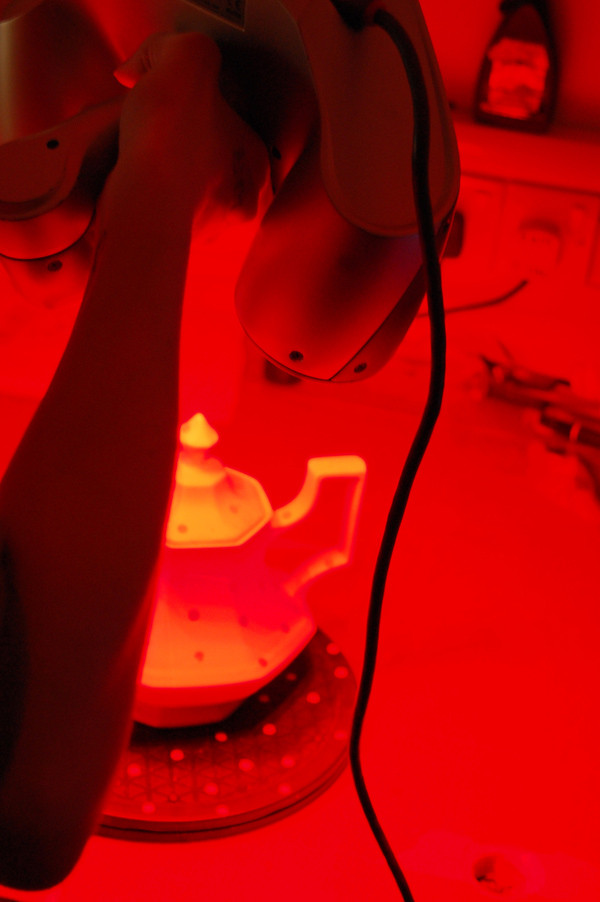 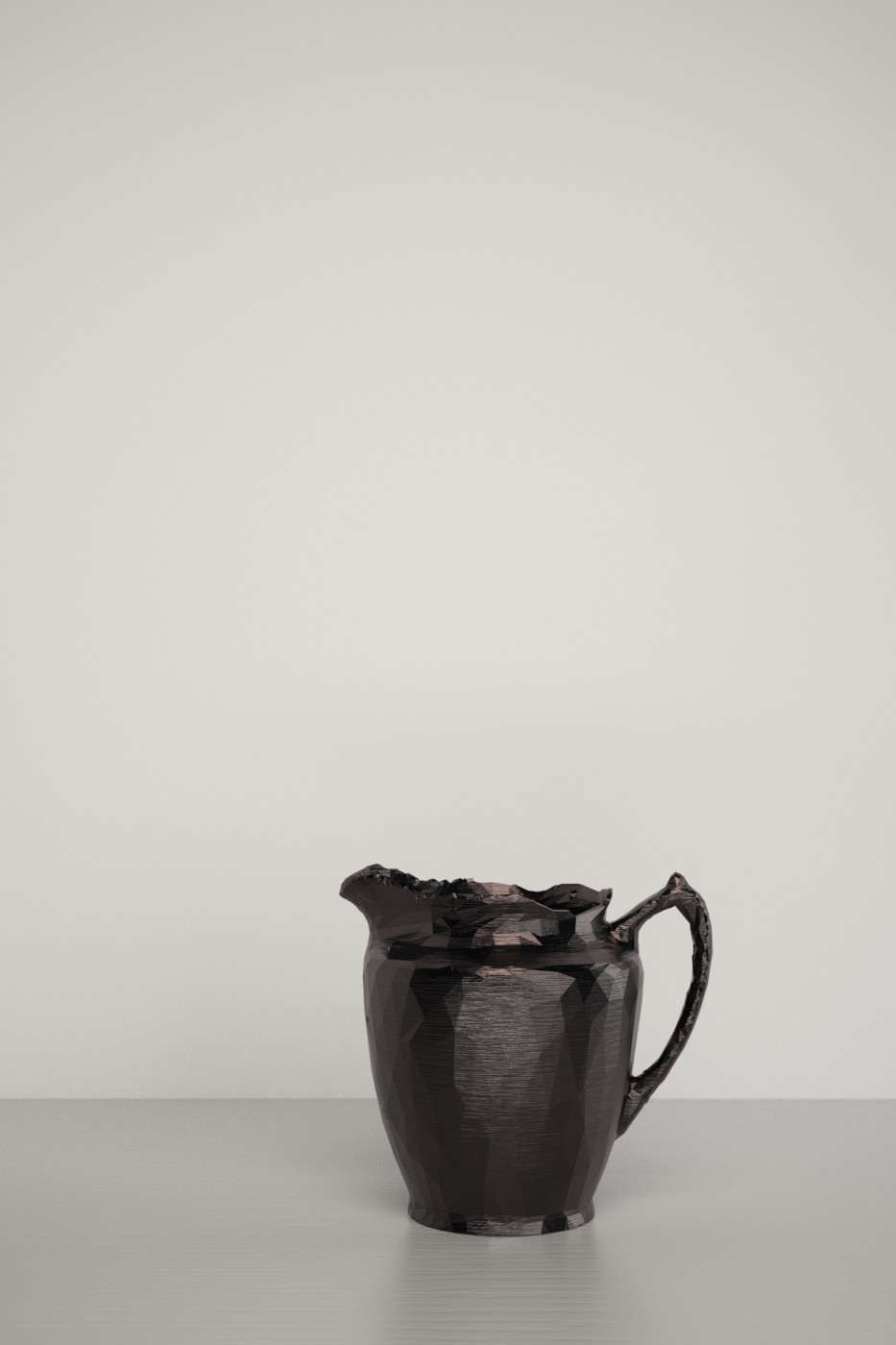 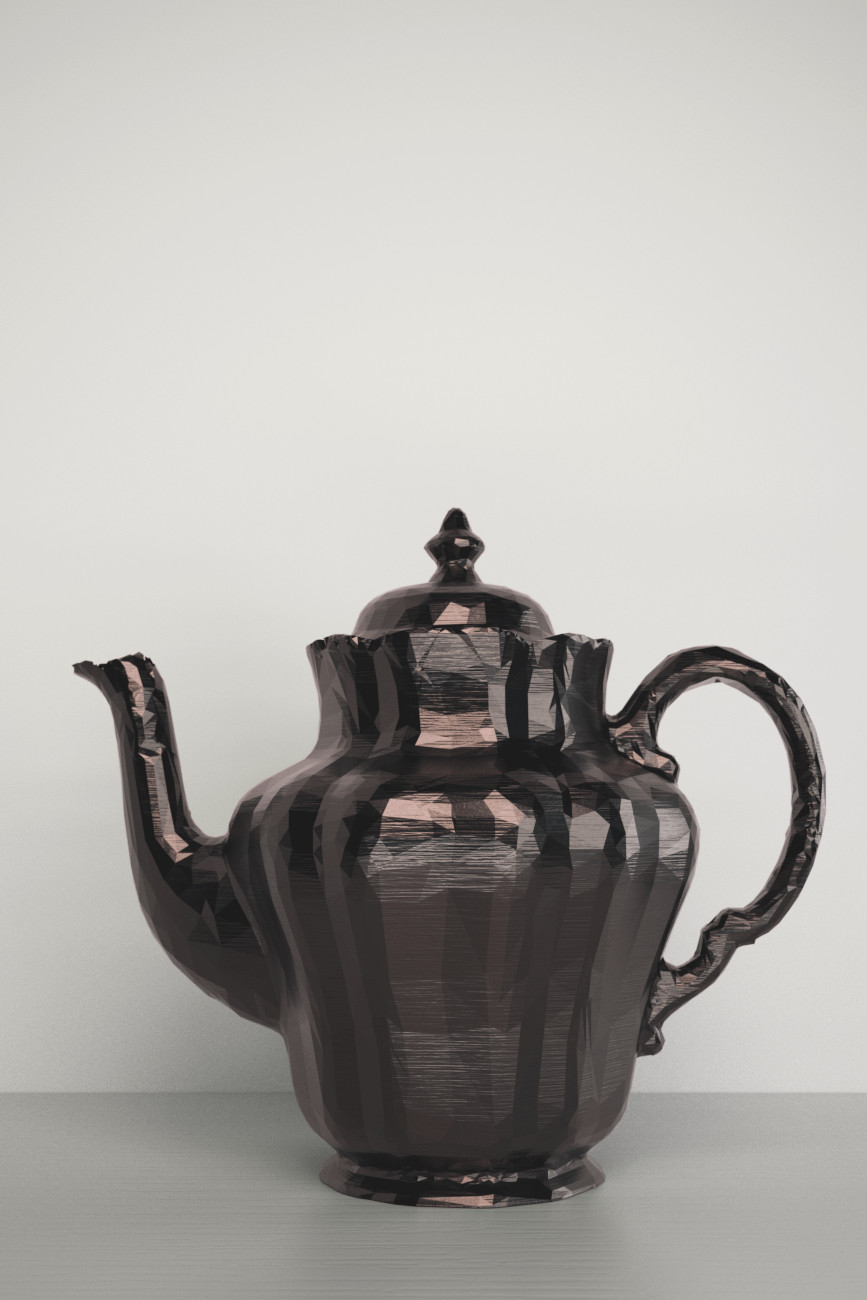